The mission of the Tahlequah Regional Development Authority is to advance an environment through partnerships which preserves, attracts and promotes business growth in the Tahlequah community. 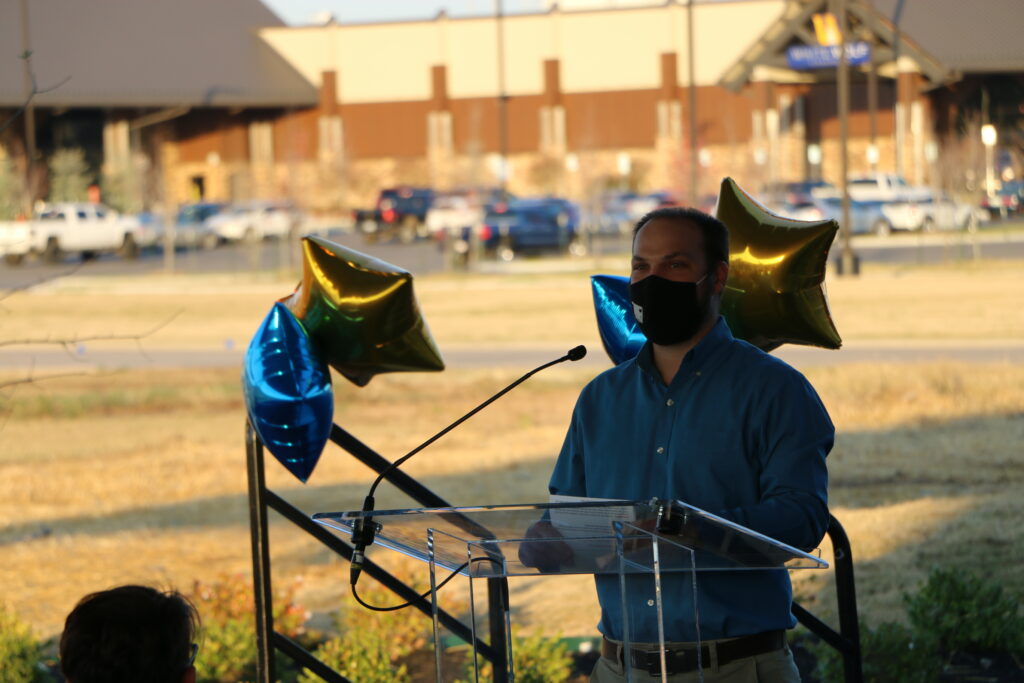 Right near an airport and a highway hub, Tahlequah will give you all the advantages of the “Big City” at a fraction of the cost.

The key to logistics is location and positioning. Tahlequah has it all.

The Tahlequah Regional Development Authority moves forward with expansion. TRDA has chosen a Muskogee architect, Jeff Andrews,  to create plans for two new warehouse-office facilities, but the potential for growth at the business park won’t end there. Trustees of the TRDA have spent months selecting plans for the two new facilities, which would make room for up to four tenants and around 40 jobs.  A 12-acre tract of land on the southwest corner of Airport Parkway and Main Parkway has been chosen for the buildings. Each could be 5,000 to 10,000 square feet with loading docks, and both will be designed to house up to two tenants. Board members hope to see dirt work begin in late Spring of 2017.  Then business park would be left with around 60 acres for future development.

Exciting new developments are under way in the city of Tahlequah. Cherokee Nation has agreed to build a massive $170-million dollar retail and hospitality development. Cherokee Springs Plaza will be built on 154 acres of undeveloped land adjacent to Cherokee Springs Golf Course. The site is expected to have 1.3 million square feet of mixed use space. The development will contain restaurants, shopping, a new convention center and hotel.

The city of Tahlequah plans to revitalize the area of Downing street with a new vision; the East Downing Boulevard Commercial District. The goal is for the city to create a desirable “point of destination” to promote tourism, shopping and dining. Some of the enhancements include creating a bicycle and pet-friendly area, upgrading street lighting and police activity in the area, encourage mixed-use corridor to feature a variety of vendors, and a redesign to promote better traffic control.

W.W. Hastings Hospital’s lease with OSU Med School was approved! Hastings will be the first college of medicine on Indian land. The expansion of the clinic will provide the Tahlequah area with 850 new jobs.

Tahlequah has a highly educated and highly motivated workforce.

The expansion continues to grow! Businesses such as Newk’s Eatery, Buffalo Wild Wings, Taco Bueno, Sonic and Braums are breaking ground in Tahlequah. Retail giants like Walmart, McDonalds and Lowe’s have already settled in Tahlequah

This website uses cookies to improve your experience while you navigate through the website. Out of these, the cookies that are categorized as necessary are stored on your browser as they are essential for the working of basic functionalities of the website. We also use third-party cookies that help us analyze and understand how you use this website. These cookies will be stored in your browser only with your consent. You also have the option to opt-out of these cookies. But opting out of some of these cookies may affect your browsing experience.
Necessary Always Enabled
Necessary cookies are absolutely essential for the website to function properly. This category only includes cookies that ensures basic functionalities and security features of the website. These cookies do not store any personal information.
SAVE & ACCEPT